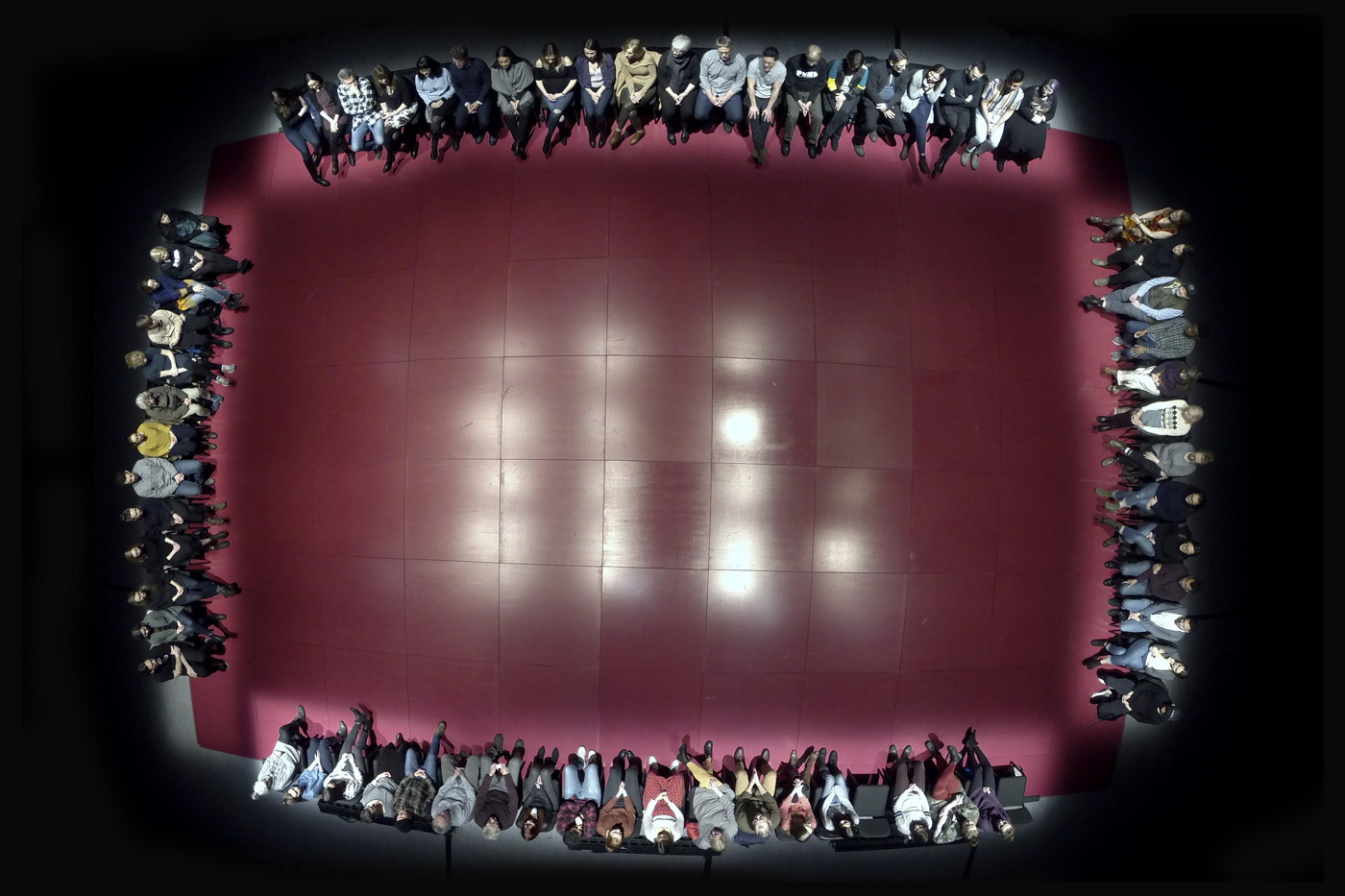 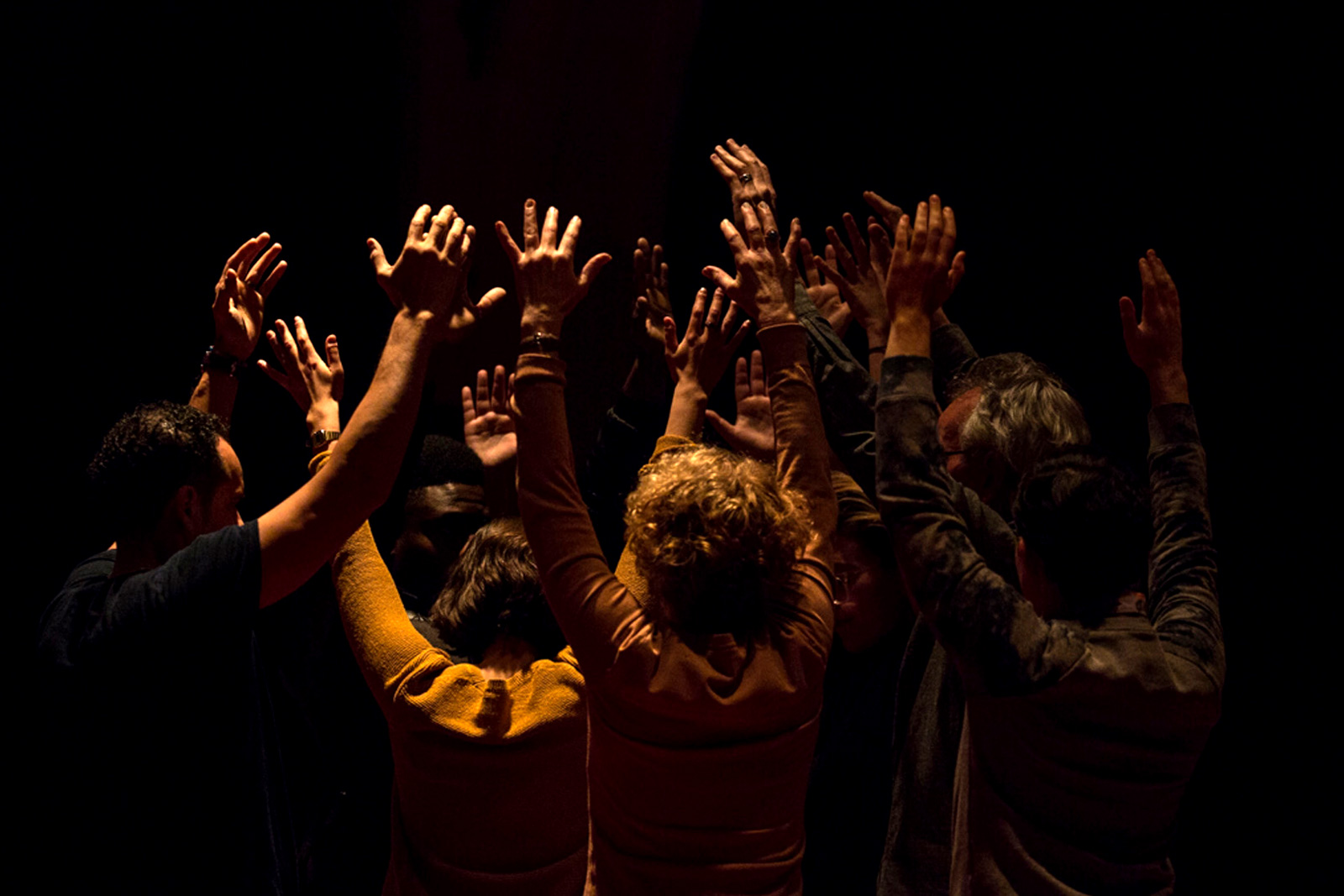 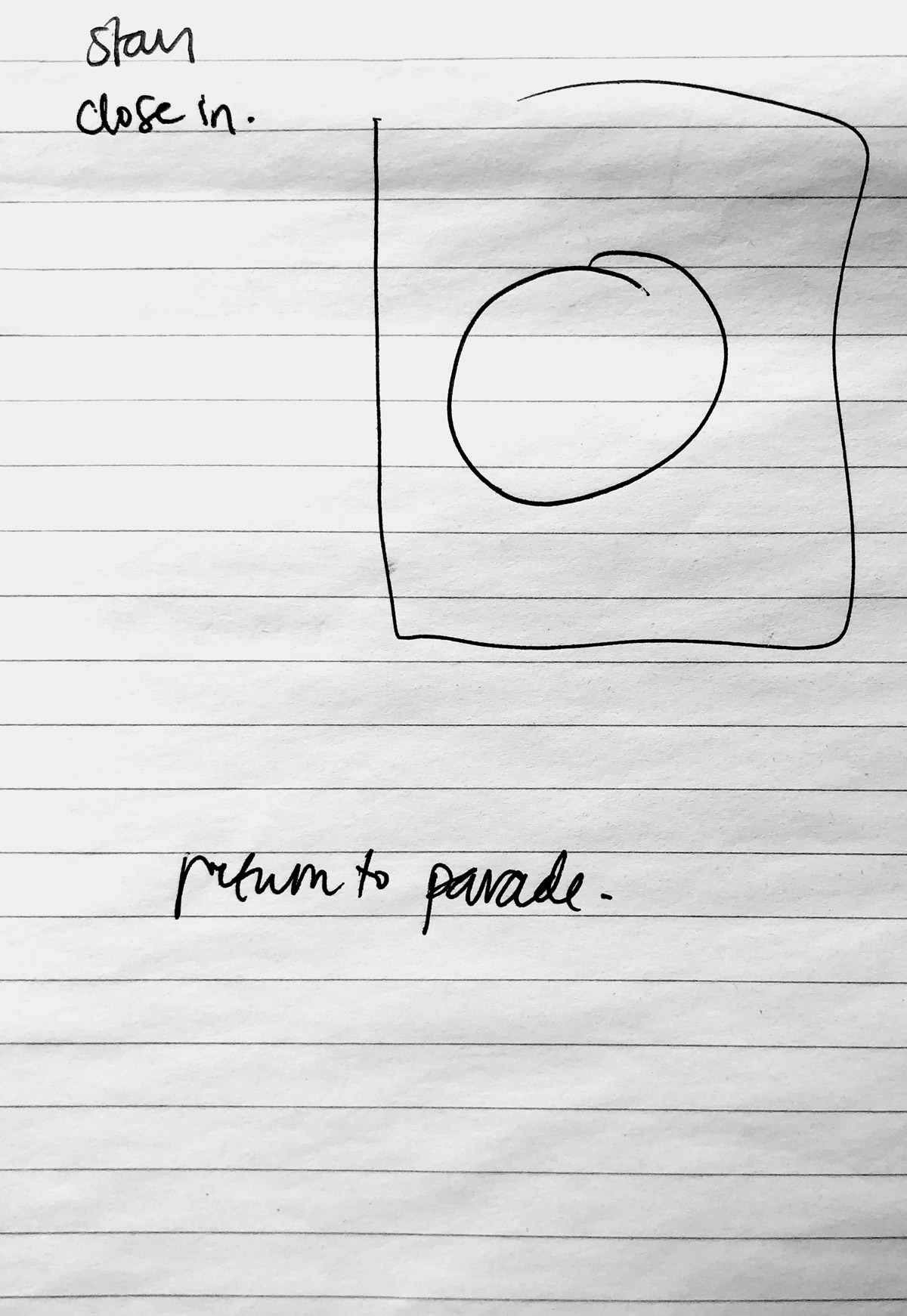 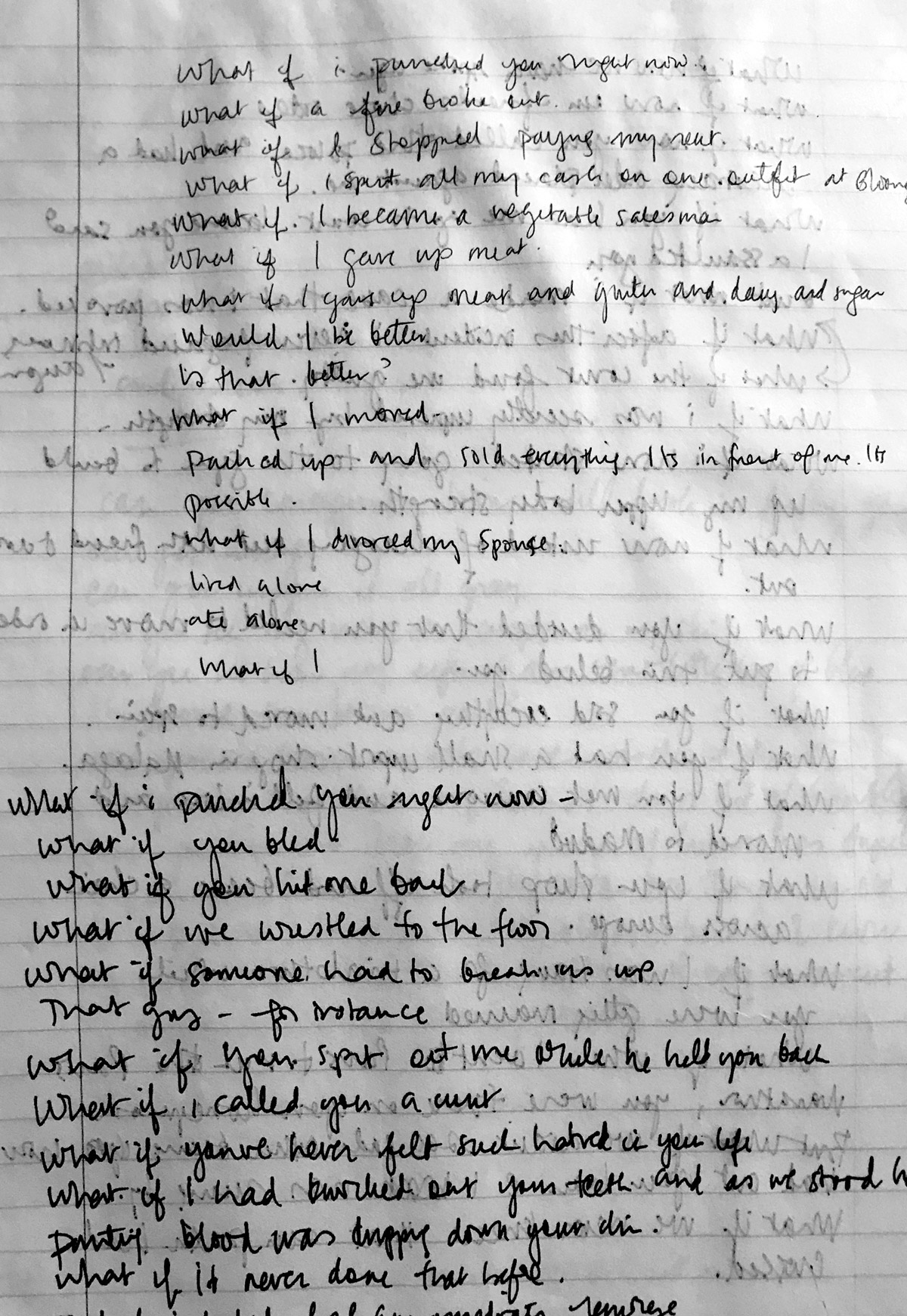 Process notes by 600 Highwaymen for The Fever, 2017. Courtesy of the Artist. 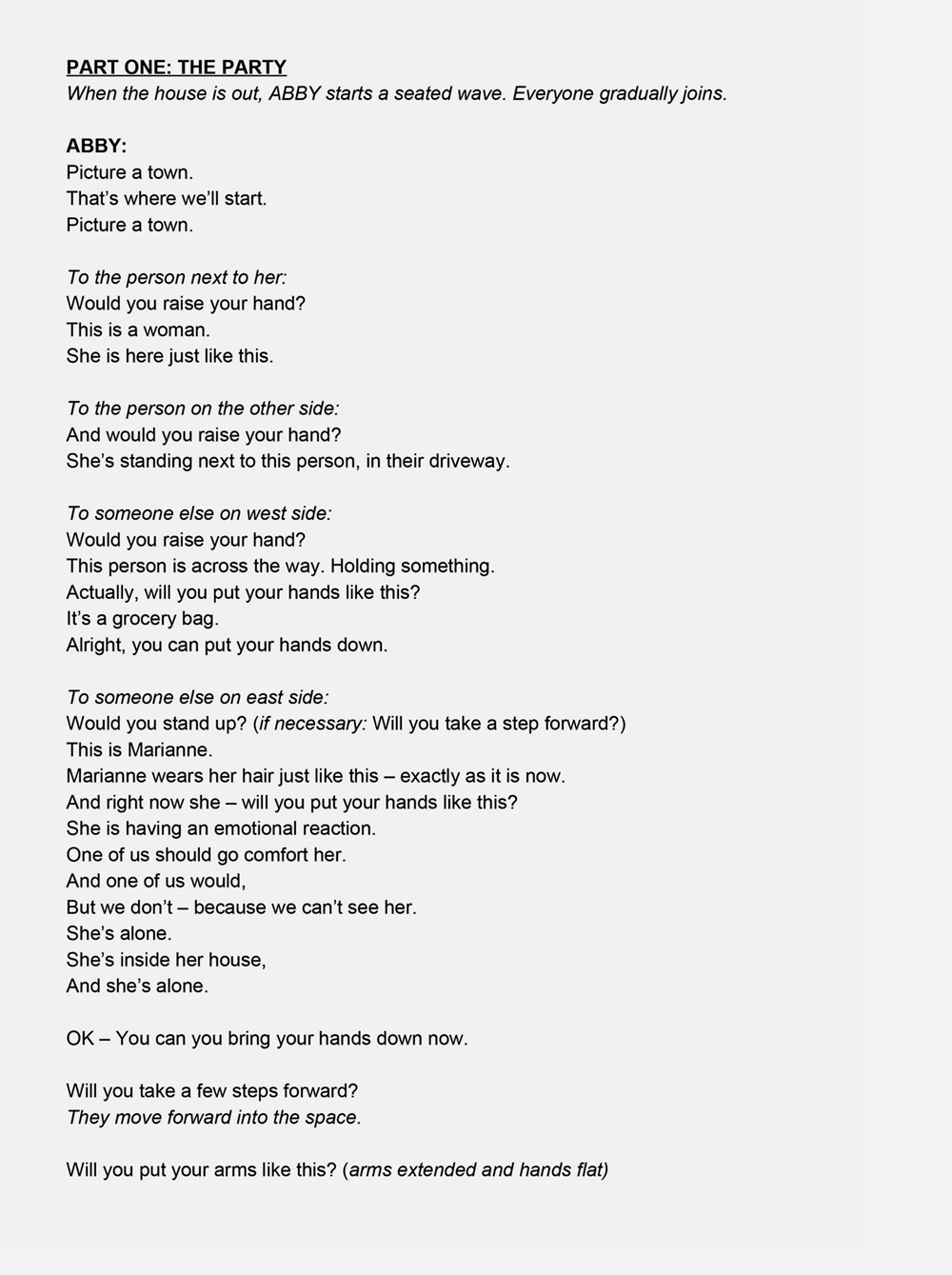 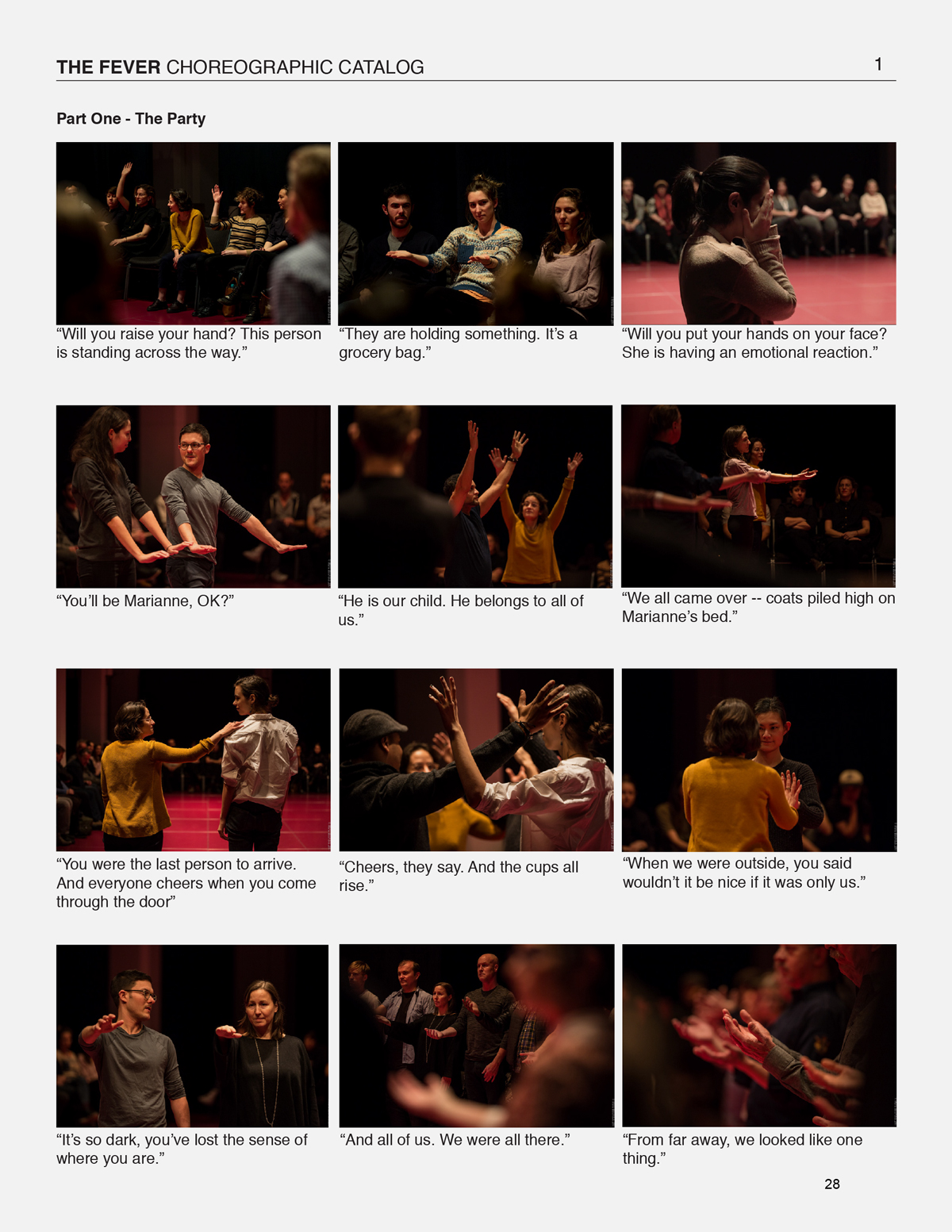 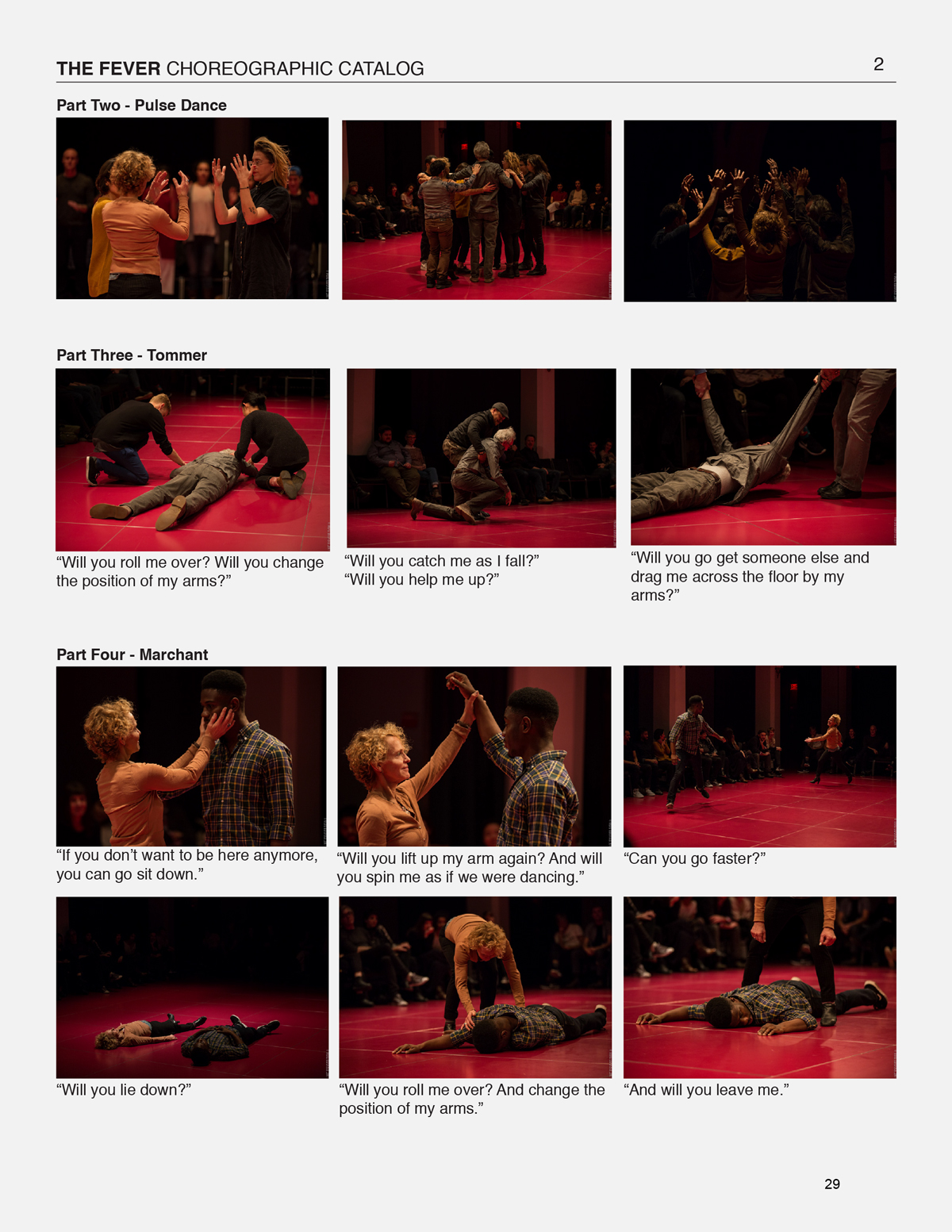 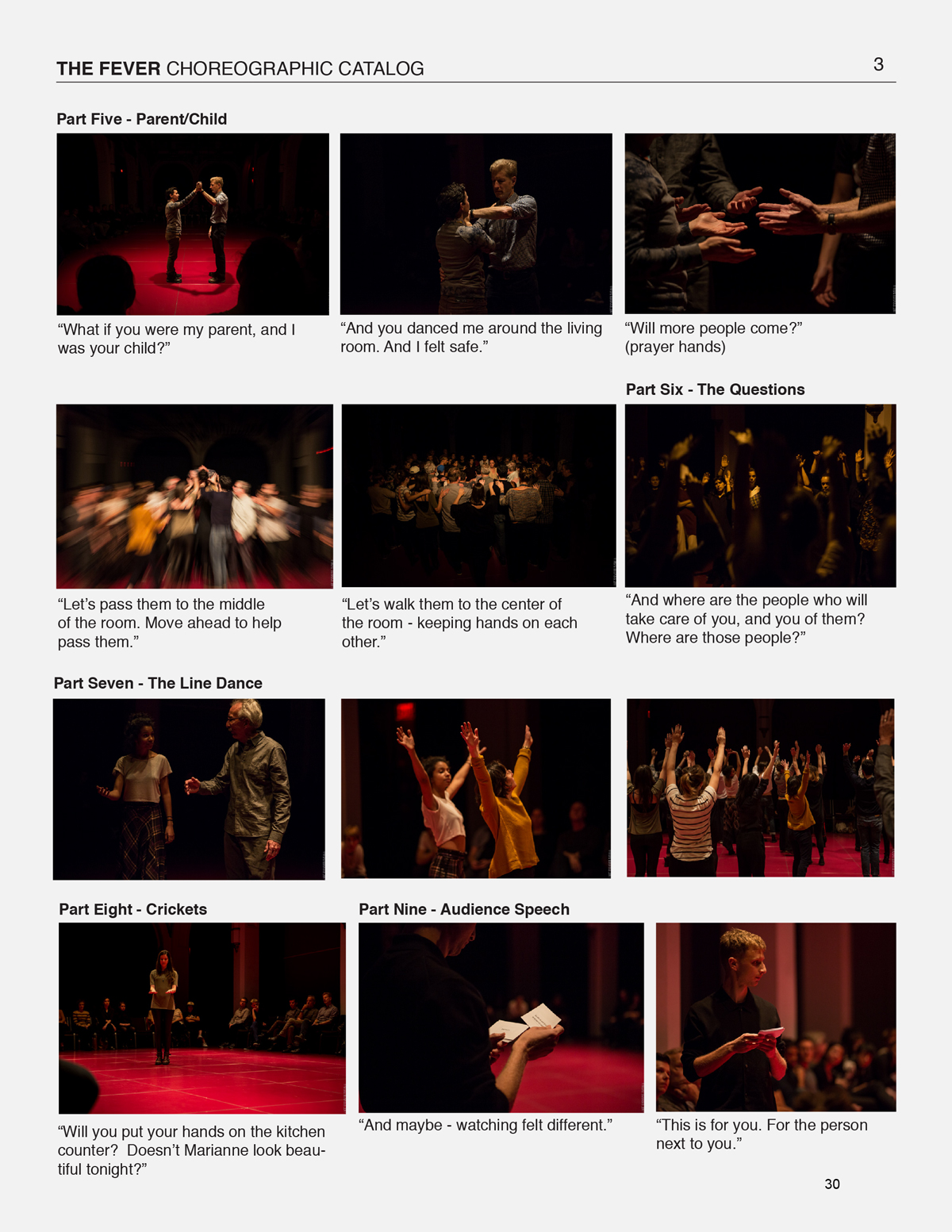 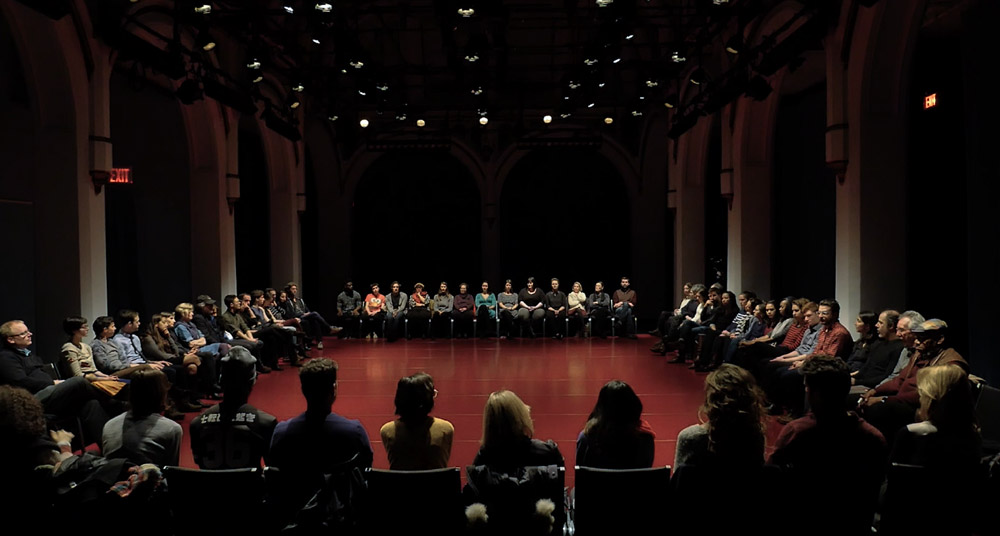 Choreographic Notes by 600 Highwaymen for The Fever, 2017. Courtesy of the Artist.

The first image pictures an audience from a bird’s eye view, seated in a large rectangle and facing towards the center of the space. The maroon-colored floor is decorated in the sheen and speckle of bright theater lights from above. This moment takes place after the audience gathers and sits, prior to any speaking.

In the second image, audience members are gathered into a small circle with arms stretched overhead and overlapping. Golden light glows atop bodies dressed in earthy tones, including mustard yellow, medium brown, forest green, and black. This moment occurs after the audience is gathered doing a prayer dance. Michael Silverstone asks, “Will everyone else sit down?” A small circle of people remain.

This page includes documentation generated from the creative development and performance of The Fever, performed in collaboration with the audience. These materials speak to the fixity and stability of the script, in contrast to the changeful instability of the audience’s participation in real time.

Since 2009, 600 Highwaymen (Abigail Browde & Michael Silverstone) have been making live art that, through a variety of approaches, illuminates the inherent poignancy of people coming together. The work exists at the intersection of theater, dance, contemporary performance, and civic encounter. Developed using creative methods ranging from the mainstream to the peculiar, their work is a rigorously tuned investigation of presence and humanity, not only in performance, but in process and aftermath. Ten works since 2009: A Thousand Ways, Manmade Earth, Kasimir & Karoline, The Fever, Employee of the Year, The Record, This Great Country, Everyone Was Chanting Your Name, Empire City, and This Time Tomorrow. 600 HWM’s works have received an Obie Award and Switzerland’s ZKB Patronize Prize, as well as nominations for two Bessie Awards, a Drama League Award, and Austria’s Nestroy Prize. In 2016, Abby and Michael were named artist fellows by the New York Foundation for the Arts. They are currently Associate Artists of IN SITU, the European platform for artistic creation in public space. External links: 600highwaymen.org.