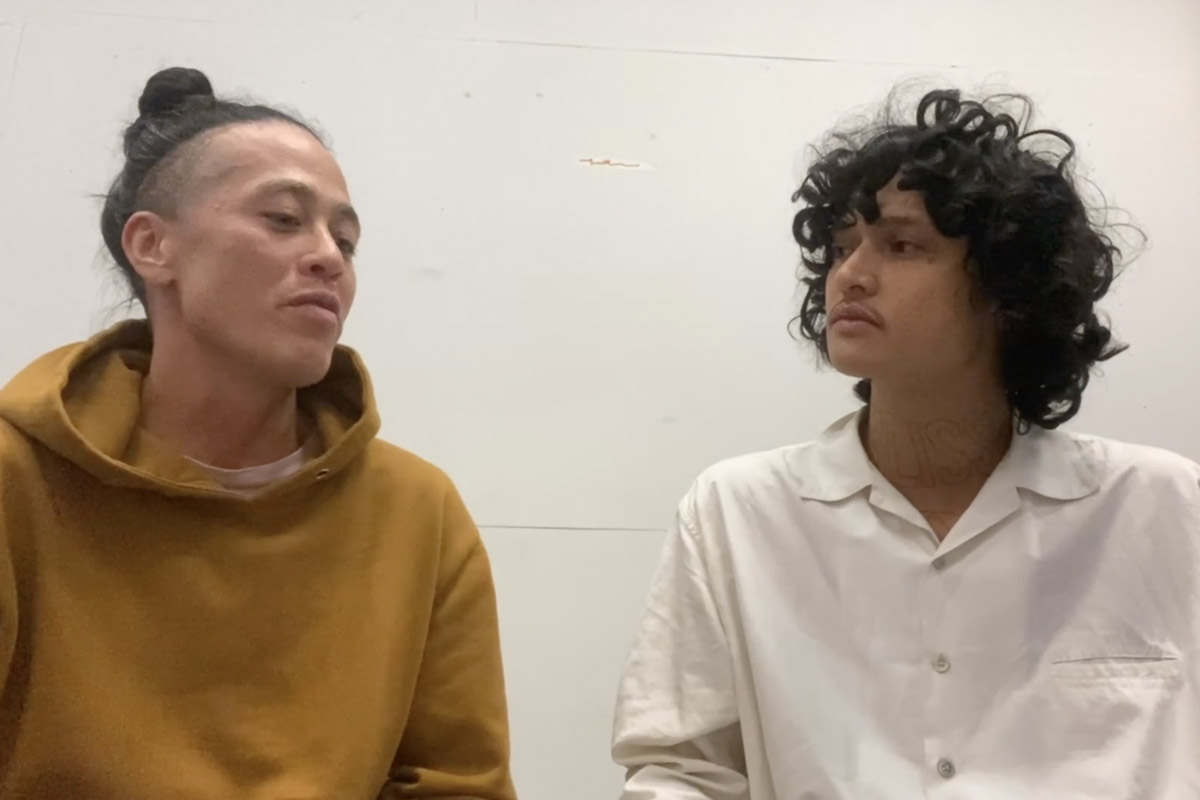 Conversation between Tosh Basco with Wu Tsang following the online performance of Untitled: darkness, 2020. Courtesy of the Artist.

Danielle Goldman, I Want to Be Ready: Improvised Dance as a Practice of Freedom, University of Michigan Press, 2010.

Untitled: darkness is made in conversation with the filmic technologies of the camera, screens, and sight. Untitled: darkness is a performance in the liminal and interstitial. Part of Basco's Untitled series, the performance works with/in and through that which is unseeable, to insist on modes of being that exist outside of generalized conceptions of visibility. How can devotional practices teach us to see through? How might one dance the space between? Through improvisational movement, Basco explores the kinetic dimension of the unseen, traversing and opening up a terrain between language, seeing and touching.

Above you will find a conversation with collaborator Wu Tsang, along with the sources she was reading during the creation of Untitled: darkness (2020), leaving the residue of language.

Tosh Basco is a movement-based performance artist whose work operates through improvisation as a mode of survival and world building in the liminal, performative space where becoming meets representation. Adamant about the visceral experience of live visual performance, she makes a case for how the movement of form can communicate what remains impenetrable in images, and through language. Her performances have been presented at the Gropius Bau, the Venice Biennale, the Sydney Biennial, the Whitney Museum of American Art, MoMA PS1, the San Francisco Museum of Modern Art, the Museum of Contemporary Art Chicago, MOCA Los Angeles, the Stedelijk Museum Amsterdam, ICA London, and Berghain. Tosh Basco has toured with Mykki Blanco, and collaborated with Korakrit Arunanondchai and Wu Tsang, as well as the streetwear label Hood By Air. External Links: carlosishikawa.com, Artforum cover, companygallery.us.